Where should your vote go to help end live animal exports?

We will always call out politicians who support the live animal export trade, regardless of their party alliances. 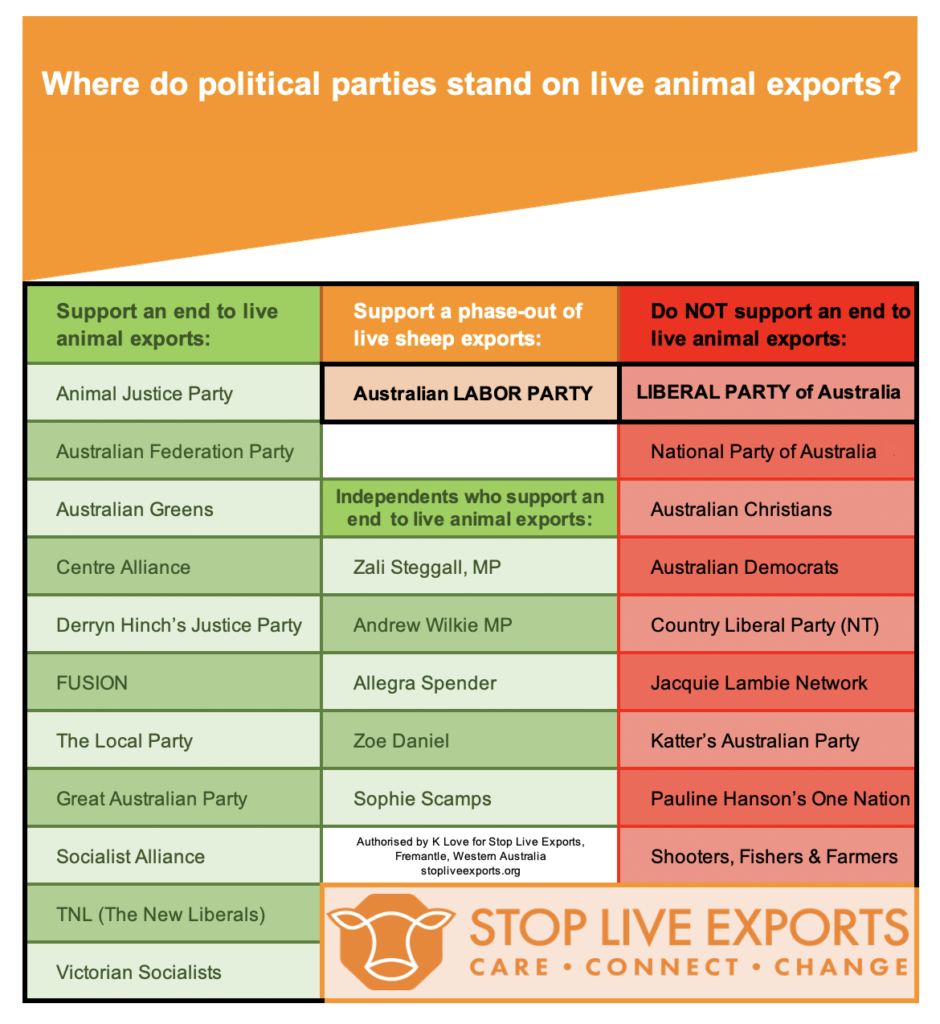 Labor has publicly re-committed to ending the live sheep trade and to not weakening the northern summer sheep trade moratorium in the interim phase-out period. Many Labor MPs have been campaigning for an end to all live animal exports for many Years and continue to do so.

The Liberal-National government is committed to not only continuing the cruel trade, but to also expanding it. They are in the company of Australian Christians, Australian Democrats, Country Liberal Party (NT), Jacquie Lambie Network, Katter’s Australian Party, Pauline Hanson’s One Nation, and Shooters, Fishers and Farmers Party, who also support the trade.

When you go to the polls on 21 May, or vote early from 9 May, support those who oppose live animal exports, and oppose those who support it.